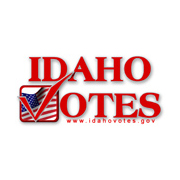 “The Idaho Debates” will feature candidates for seven statewide or congressional positions on the November ballot. All seven live debates are scheduled for the month of October.